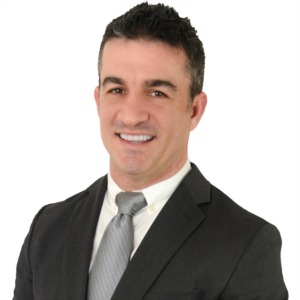 Robbie, a lifelong resident of Lafayette and diehard Ragin’ Cajun, earned a Bachelor’s degree in Finance from the University of Louisiana at Lafayette. Prior to taking the real estate market by storm, Robbie spent his days as an outside salesman for Glazer’s Distributing. In 2006, Robbie launched his real estate career and has strived tirelessly to be one of the top selling agents in the Acadiana area. He has assembled a team to compliment his commitment to providing his clients with top of the line care. Together, they work closely with clients, guiding them through each step of the process of buying and selling a home.

Robbie doesn’t just help others purchase and sell homes, he believes in real estate himself. He’s a real-estate investor/landlord who has been heavily involved in building and remodeling homes. This personal involvement in renovating homes has given Robbie a sharp eye for the kind of flaws that would make a house a poor investment.

The bachelor who swore he would never marry fell hopelessly in love with Heather and the two were married June 6, 2013 in Cancun, Mexico. Combined they have three children, whom they love, adore, and would also love to strangle from time to time. When he’s not running the roads, Robbie can be found at the local Crossfit gym, BBQ’n, or horsing around with the three kids.

Robbie’s goal has always been “To be the realtor I never had!”